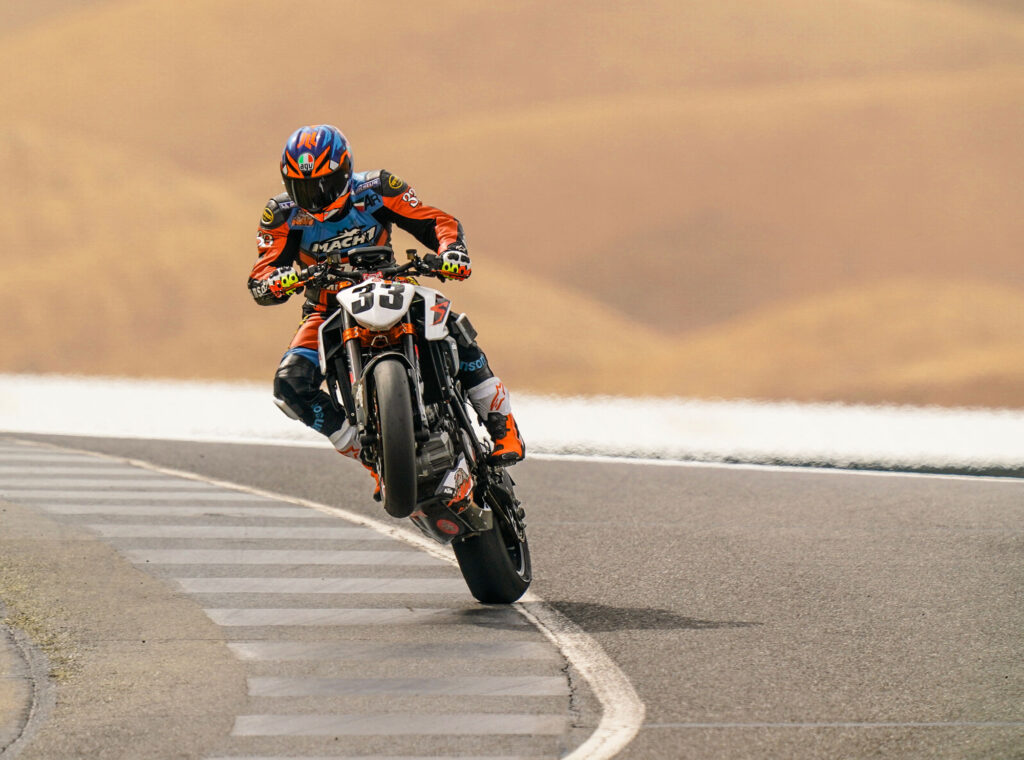 Just hours after my father died, with my face warm-red, soaked in tears, and my mind lost in a space where suddenly nothing that used to matter did anymore, Jim Allen called me.  Jim was the boss at Dunlop racing.  Although at that point we had never met, a month prior I had written him describing my plans for the upcoming season.  I don’t remember every word I wrote, but I do remember one line “I’m going to win on your tires this year, with your help or without.   But if it’s without, I’m grinding your name off the sidewall”.

If I owned any other space of mind at the moment of his call, I might have been worried.  But I could barely speak.  He would have been right to take that letter a hundred different ways, 99 of them bad.    But I think he liked the confidence.  The aggression.  Or maybe he just wanted to meet the moron who hand wrote the head of Dunlop Racing, blue ink on torn-out notebook paper.   Either way Jim chose the single best interpretation of me, over the lesser 99 that he could have.  We won together for years.

I’ve been conscious of Jeff Leggitt and Mach1 Motorsports since I moved to California.  Dave Stanton spoke and wore these names proudly everywhere and often.  But Jeff and I only met recently.  Maybe it’s two years now I’ve been running the Mach1 logo onboard, but honestly, I’ve never felt we were really racing together.  Not in racing’s true-grit sense.  Part of that is because my race program has been self-funded exclusively for years now.  No main sponsors or support, which considering my budget is like fueling a Jetliner through a Starbucks straw.  But that’s only part of it.  To me racing together means working together behind the scenes.  Building bikes, developing plans.  Marketing things, creating interest, inspiring people – all while combining likeminded goals that we achieve together through racing.   But the proposition of racing together is more difficult to sell today.  Motorcycling isn’t what it used to be in America.  Only the strongest have survived.  And far too often surviving today has come at the cost of sacrificing tomorrow’s vision.  And racing together is all about tomorrow’s vision.  Which brings me to today…

AFM Round 1, 2020 is just weeks away, and new rules are radically changing the game for us.  Our KTM is now eligible for Formula 1 – the most popular class in the AFM.  Gone are my most recent days of racing grids just one or two rows deep.  Now we race the world again.  Which also means now we have a more attractive sponsorship platform to work from again.  But the competition will be tougher, the grids deeper, and the laptimes faster.  It will take more than it has in the past to be competitive.  And ironically, if you’re on a KTM like me, all these new challenges are timed perfectly with the news that there’s a new 1290 Superduke in town, with lots of improvements for 2020.  A new swingarm link, something Superdukes have never had before.  A new ram-air airbox design, something Superdukes have needed for a while.  A new frame, a lighter engine, and maybe even a few more ponies under the hood.  All this elevates my heart-rate to say the least.  But for now all we’ll get to enjoy is increased blood flow.  A 2020 KTM is not in my 2020 budget.  Rest assured though, I have asked for help.  I have penned my blue ink letters to the powers that be.  But so far, reaction to me and my KTM accomplishments has been one or two chirps above the sound of crickets in a lonely pasture.  Except for Jeff Leggitt.  We had a great lunch last week where we spoke about things like vision, like racing together, and winning.  My three favorite subjects.

We will start the year on KTM’s 2017 version of my favorite badass motorcycle – the 1290 Superduke R.  Our vision is to promote the new 2020, the bike Mach1 will be selling on their showroom floor, but for now we will race our 2017.  And i can hardly wait.  Not because it’s the most powerful bike to race, not because it’s the best handling, or the easiest to win on.  But because this bike motivates me.  It makes me run, it makes me work, it makes me dream – like no other bike out there today.  And that is the key.

Find what inspires you.  Do what you love and be your best at it.  The rest will fall into place.

Check back on our progress.  This year is gonna be fun,