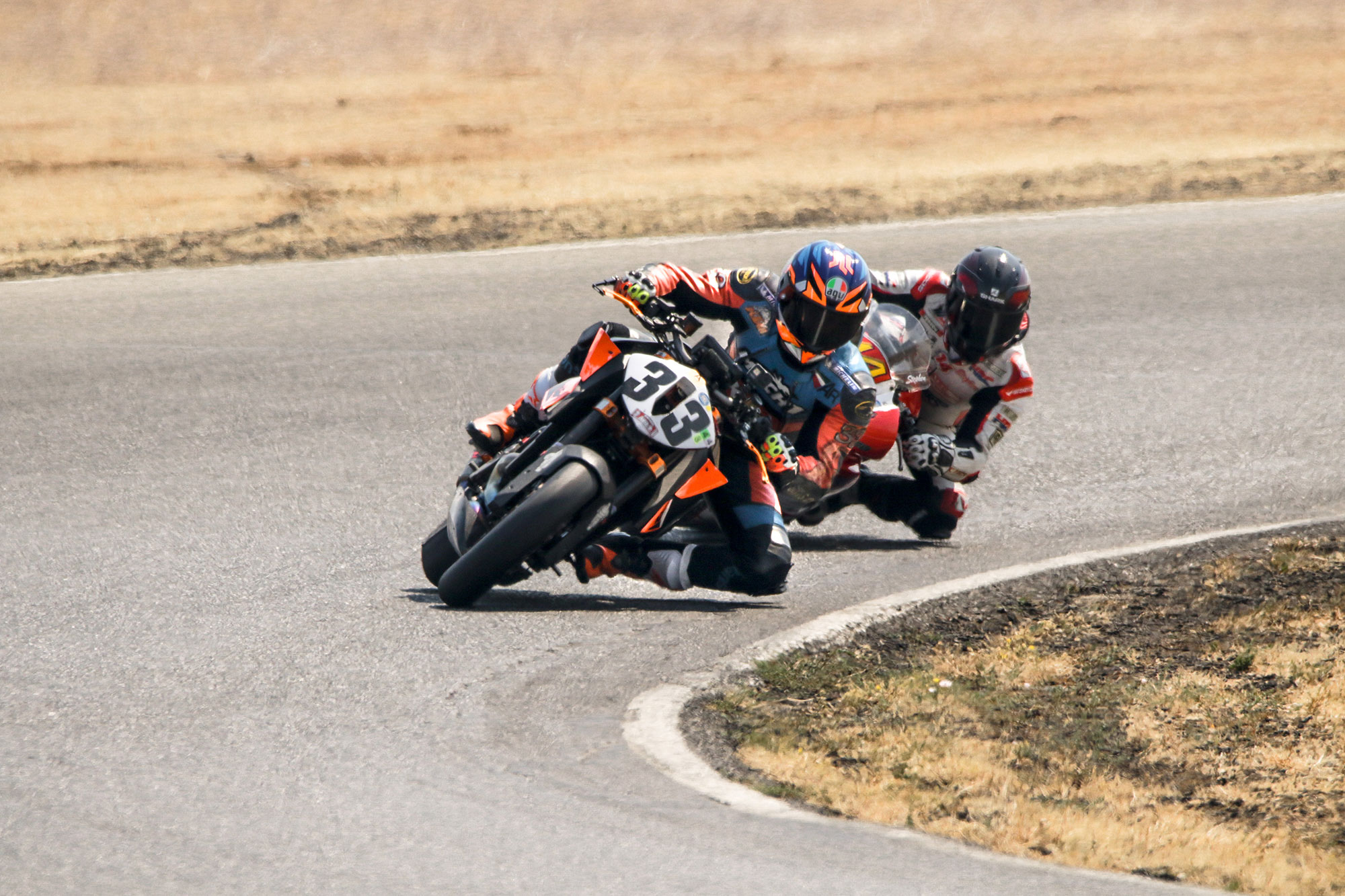 My Dad was a hard man.  I’m sure he meant well but it was difficult for us.  He trained my brothers and I by night.  He’d follow us chasing our shadows in the headlights of his car, sometimes in tears and always gasping for air, to make sure we took no shortcuts home.  On the nights he didn’t take the car he’d wait for us at the mailbox with a stopwatch.  Always the goal was do better.  Run faster, jump higher, throw harder.  And when he pitched to me, he’d roll baseball bats just behind my heels so if I stepped away from his fastball, “You’re gonna break your ankle.”  I’m sure it felt worse than it actually was at the time.  He meant to build us, not hurt us.  And we all knew that, eventually.  But shit I really thought my ankles were doomed at the time.

I remember one lesson he drove home to us all, over and over again: Pace yourself.   Save yourself.  Buy your time in the beginning.  Stay in the fight throughout.  And once you make it to that final turn, “Now go like the hammers of hell.”  He spoke those last words with such conviction, I remember feeling proud I had that kind of speed in his eyes.

Dad’s been gone two decades now.  I haven’t thought about hammers or hell in ages.  Life is humbling.  Injuries wear me like a lifejacket on Michael Phelps, and all these years have numbed my edge.  …Actually, I can be more honest than that.  It’s not the years.  It’s what I haven’t done with them.  Especially the last decade I really let my fitness go.  It really bummed me out, but I felt powerless against the life-long battle it might take to get it back.  But right about the time I bought this new KTM 1290, I also bought into myself.  Two projects, side by side.  Both run by me, and both still so far from what I imagined they could be.

From my first rides on this new Superduke I knew it was better than its predecessor.  The motor felt faster, the suspension had a new design, but oddly enough I couldn’t go as fast on it as our old Superduke.  At least not that first race weekend, or the three that followed it.  We made a ton of changes, always experimenting, but it only got worse.  Once it even threw me on my face.  It’s one thing failing when you’re not giving something your all.  When you’re not trying or being your best.  But when you are and you still fail?  That leaves marks.  And by mid-June this year I had a lot of marks, both literally and figuratively.

Then one day I got an idea.  Back in 08, the year I lost my ride with Ducati, I was offered an opportunity to bookend an otherwise tragic year by racing a Suzuki GSXR 1000 in the AFM’s last round.  I remember I was completely lost in Friday practice.  After a decade racing big twin cylinder motorcycles, I had no idea what to do with an inline 4-cylinder machine.  Friday came and went, Saturday did too.  Still, I was lost.  I asked everyone I knew what the secret to this bike was.  I got nothing back.  Racers are a selfish breed, especially when you’re talking bike setup.  And you can multiply that by 10 if you’re the competition.  But there are exceptions to every rule, and this exception came in the shape of a fellow racer named David Bell.  David told me, “GoGo, go to Home Depot, buy a ¾” nut, slide it under your shock-mount and go race the thing…”  I did exactly that and the next day we beat several of the top guys who had kept this very secret from me.

Looking that far back for an answer to my current KTM predicament was admittedly a stretch.  But I was desperate, so I ran with it.  And I ran hard.   I called my smartest friends over and together we designed and built a very special and unique part to replace a piece in our rear suspension.  All this in the spirit of hope, and David Bell’s ¾” nut.

To say that I was nervous Saturday morning is an understatement.  We’ve gone every direction possible with this bike and only made it worse – and now we’ve got suspension pieces that we made in the garage on it.  I was ashamed of the failure in it before I even rode it.  But it worked.  From the very first turn of the very first practice, that bike of ours was transformed.  And I along with it.

In Formula 1 qualifying, I lined up behind 6 of the fastest riders in the class.  Three laps later we were in front of 5 of them.  We won the Formula 40 race, and the classic Open Twins race sponsored by Craig Grantham.  And then there was Formula 1 – the one race today that both wrecks my nerves and empowers them, simultaneously.

We started 2nd.  Before the green flag flew, I looked left to find my first ever view of AFM rising star Brenden Kettlesen.  He looked back in shock at first, almost as if to say, “How the f’k are you here?”  We both laughed out loud then turned back to the business at hand.  He took the holeshot.  My launch was sloppy, but we held onto 2nd.  Through turn 2, which is a long left, I heard a bike outside to my right, going the long way around.  I was impressed by that because I was not going slow, and Brenden wasn’t either.  I minded my business and aimed for the exit apex under him.  Turns out it was Steven Rue – the same guy who edged past us to take third in the last F1 race early this summer.  Thankfully now our bike does turn, well.  Much now like the old bike, just a nudge on either bar and off she goes wherever I push.  It’s beautiful.

I followed Brenden close that first lap, really for two reasons.  First, he’s faster than me so I didn’t have a choice.  But second, and far more interesting, there’s a thing that happens when you race a long time.   When you run a lot of laps.  It sounds illogical, being such an adrenalin rushing experience going that fast around a racetrack, but you get lazy.  You form bad habits.  Your rhythm slows.  It’s not that you lose the skill, or the feel.  You just lose touch with them, I think.  I’ve seen it happen so many times to so many racers over the years.   So, riding behind someone like Brenden, someone pushing and experiencing all these things for the first times, was a great opportunity to shake some old and lazy rust off.  Turns out he’s faster than me just about everywhere, with the exception of a couple of places where I might simply be stronger physically.  Places where you really throw the bike around, I could get back up close to him, but only in the beginning.  By the time we closed the 2nd lap he’d gapped me pretty good.  But not so good I couldn’t still pay attention, which I did.

Brenden’s line into turn 1 is very different than mine.  He brakes later, possibly, but he definitely brakes deeper.  My entry is a softer arc in, where his is straighter and longer, then suddenly turns in.  I doubt I’ll aim to emulate the sudden turn-in, but he’s definitely influenced me to go in there harder.

I watched for Tracy’s pit signals lap after lap.  I understood perfectly and nodded to let her know.  Rue was still following close behind but not threatening.  I felt faster than I have on a motorcycle since my days with Ducati.  Both my setup and my Michelin tires felt exceptional.  What had me concerned though, both during and before this race, is how few laps I had on this bike at that pace.  That number was zero.  So really I had no idea what to expect.  A few times through turn 8 I felt the rear step out.  I dragged the top of my boot on the ground, along with my knee.  That was a first.  And three laps consecutively through turn 15 and onto the front straight, right at the apex, I lost rear traction.   I felt it every time in the exact same place – right at the low spot of the apex.   I knew this was slowing me down a bit, but not a ton.  I could still hold the throttle to the stop well before I cleared the outside of the track at the exit.  We were nowhere near that fast last round.  I could feel it everywhere.  And it felt great.  Just then I heard a very old lesson whisper back inside my head as I realized the lap about to begin, was the last.  “Now go like the hammers of hell…”

It’s been seven months.  Not one cookie, one bowl of ice cream, iced tea, or chocolate covered raisin.  I’ve worked out every day.   I pedal my bicycle religiously, and not just on the flats or at a comfortable pace.  I’ve been kicking my own ass for longer than any physical fitness regimen I have managed to string together in my life.   And here it was finally paying off.  Finally coming together, my two projects – the bike and the body.  In the last run down the front straight I watched Kenny, Lee, Mike, Tracy and that glorious checkered flag waving and bouncing in an epic celebration of accomplishments achieved.

I really almost cried.  I usually wheelie but I couldn’t feel the bars.  I usually scream but I couldn’t breathe.  I pulled over in turn three and hugged a camera man and corner worker, none of whom I knew.  I jumped up and down until I landed on my face.  I can’t be held responsible.  I’m not even sure it was me.  Because I still haven’t landed yet..

Stay safe, be healthy, and don’t diet.  Make it a lifestyle instead,

8 People reacted on this