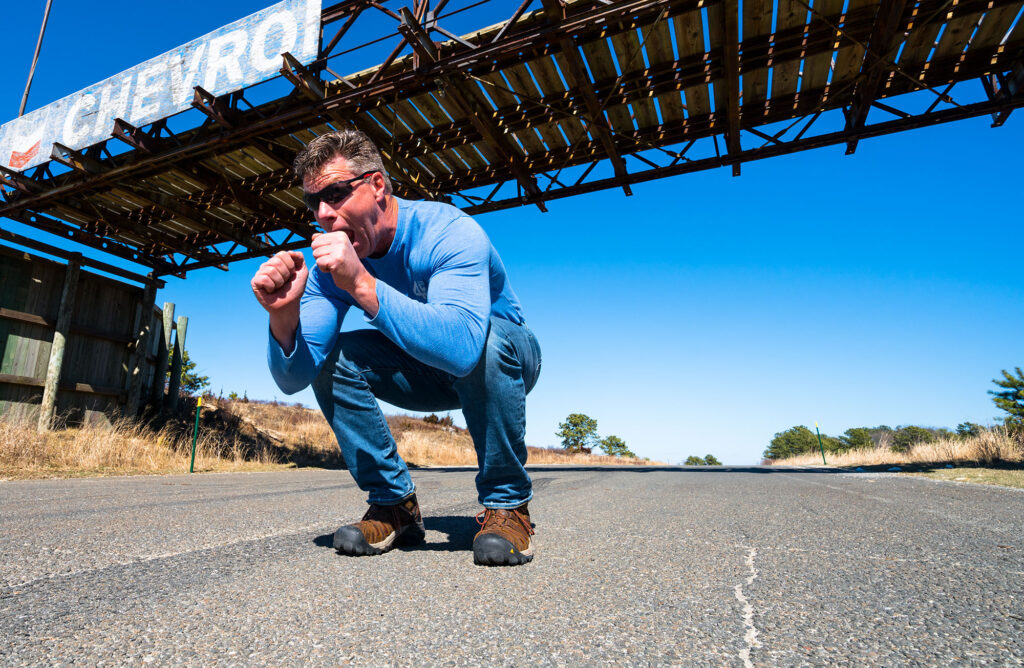 I spent some time with Loris Baz yesterday at Ducati Revs Laguna. Pretty special dude. He is super tall, lean as a string-bean, and his eyes are electric. He looks straight at you when you talk, 100% attention, even when you are boring. He runs with any thought you provoke, and he especially loves talking about racetracks. So naturally I brought up the legendarily gone, but not never forgotten… Bridgehampton.

I told him about the shell in the pavement, the never-ending elevation changes, the extreme lean angles achievable in the rain, and the wide open death defying bends. You should have seen his expression. It was like he just read every page but the last of an intense mystery, and only I knew the ending. He even leaned in toward me as if peering through my eyes might help him also see the edge of earth approaching just under the famously wide-open-top-gear “Bridge”.

When I told him it’s all gone now, that encroaching neighbors got it shut down, he winced in pain as he admitted the same was happening all over Europe.

I was fascinated by his riding. Yes he was fast, his wheels rarely in line – with one long leg dangling to the side. But far more than that was how he managed that level of riding while sharing the track with mere mortals. He never chopped anyone’s line, stood anyone up, or made anyone’s day less than extremely special. He rides with others like he speaks with others – like each one of us are equally important.

In closing I will share his curious Corkscrew advice, which is quite remarkable since he has no idea who Yogi Berra even is; “As long as you make the first apex, the second one will come.”