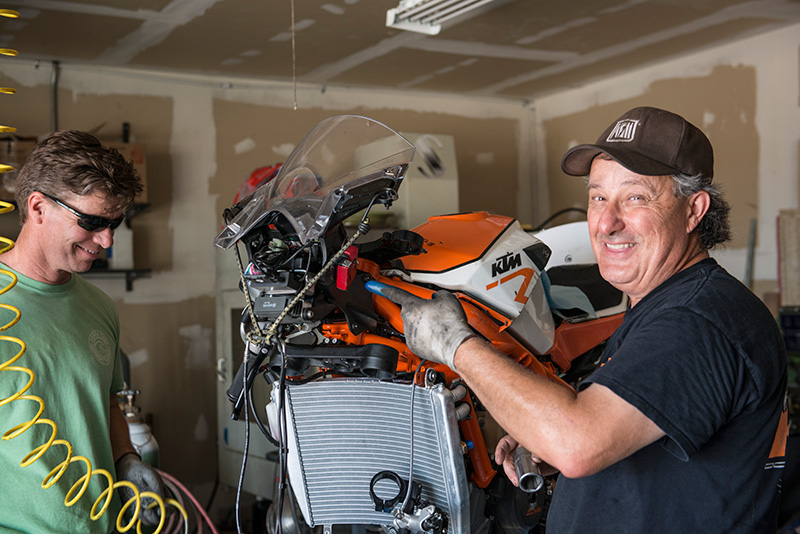 People freak out when I write “we” instead of “I”. Sounds weird I guess, I understand, but in reality it’s not weird at all. It’s accurate. “I” out-brake other racers, but “we” win. “I” crash, but “we” fail. I think of myself as the most fortunate, most blessed racer in the paddock for no reason other than the fact that there is a “we” that includes me. If there wasn’t I wouldn’t be here.   Considering this very reality I must now regretfully share with you that Keith, Calmoto Livermore’s race mechanic since 2011, has gone. He moved to some place in the mountains called Thors Twins, or maybe Valley of The Vixens. I don’t know, I intend to visit him soon so I’ll share the proper name then. All I know right now is not a lot of people live there, which Keith prefers. He left on good terms. There was no drama, other than my heart sinking into my spleen when he texted me “Sorry to leave you in the middle of a season, GoGo, but it’s time for me to go.” 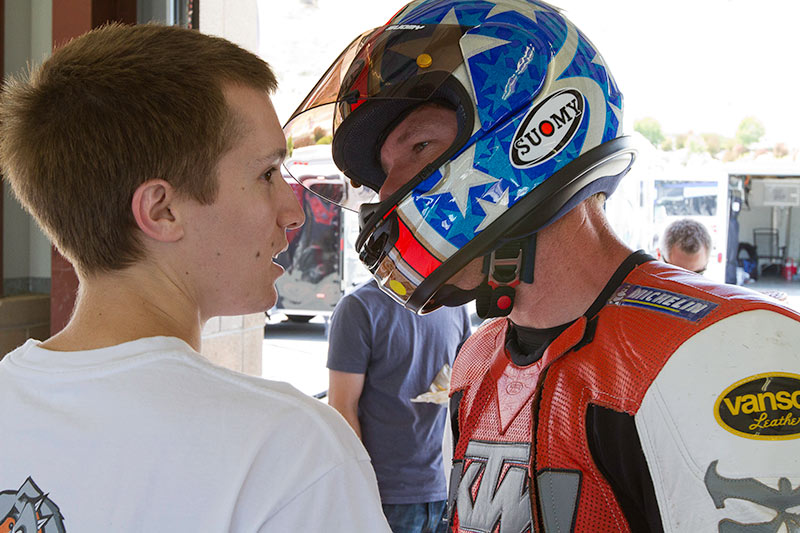 Oh my hell… There couldn’t have been a worse time to lose Keith. Just two weeks before he decided to go our transmission tried to kill me in turn 3 at Thunderhill. Our bike was a mess after that wreck, and without Keith to rebuild it I truly feared we wouldn’t get it back together in time for round 4. Thankfully Alex Florea stood in as chief mechanic for this round, which ultimately drove a spike of reality through my chest. Alex was generous to offer help but he’s got healthy boundaries far too structured to mesh with our hot mess of a race program. Less than fifty feet into first practice Saturday I discovered everything got fixed but our triple clamps. They were bent in the wreck and nobody picked up on it, because without Keith at Calmoto during the week there was nobody there to. I should have driven there to work on our bike but I didn’t. I steered right for the grid and our bike went straight. Without even reaching turn one our weekend, and possibly season, was ruined.

Immediately I reached for a long 2×4, I wanted to bend the forks back straight. Alex reached for Gerry Piazza’s phone number. Alex was right, I was wrong. Again.   An hour later found Tracy and I in the egg frying heat of Woodlands California banging on Gerry’s “GP Frame and Wheel” front door.

If there is a racing God, I need to offer up my special undeserving thanks for putting such a man as Gerry Piazza in this place, on this day. Gerry is the rainman of untwisting the twisted, unbending the bent, and righting the wrongs of all problems motorcycle related. With his hands he straightened our RC8R’s triple clamps, with his smile he settled my soul.


We made it back to the track in just enough time to make two laps of the final practice of Saturday, which is both ridiculous and alarmingly familiar. For round 2 we didn’t even show up to the track until Sunday..

Racing can be a great form of self-torture. You’ve got a clear weekend, you’re healthy, you’re happy – why not spend it reading, or swimming maybe. Something low impact, low cost, low stress. But no, as racers it seems we need the abuse. We are drawn to the pain. So let’s call our first big problem of round 3, “Triple Clamp Saturday”. That segways nicely to our second big problem of round 3, “Slipper Clutch Sunday”. Yes one big problem per weekend is simply not enough. Sunday morning I could feel our clutch going soft, threatening to let us down mid-way through our Open Twins race. In a state of dreadful unpreparedness, of course we have no spares, Tracy was introduced to a new side of her racing self. With uncanny clarity Tracy stood before more years of racing experience than either Alex or I readily admit, and said, “We need to drop out of Formula Pacific, in order to save the clutch for Open Twins.” Alex looked at me, I looked at the sky, Tracy stood there in shock and nobody spoke. She was right. 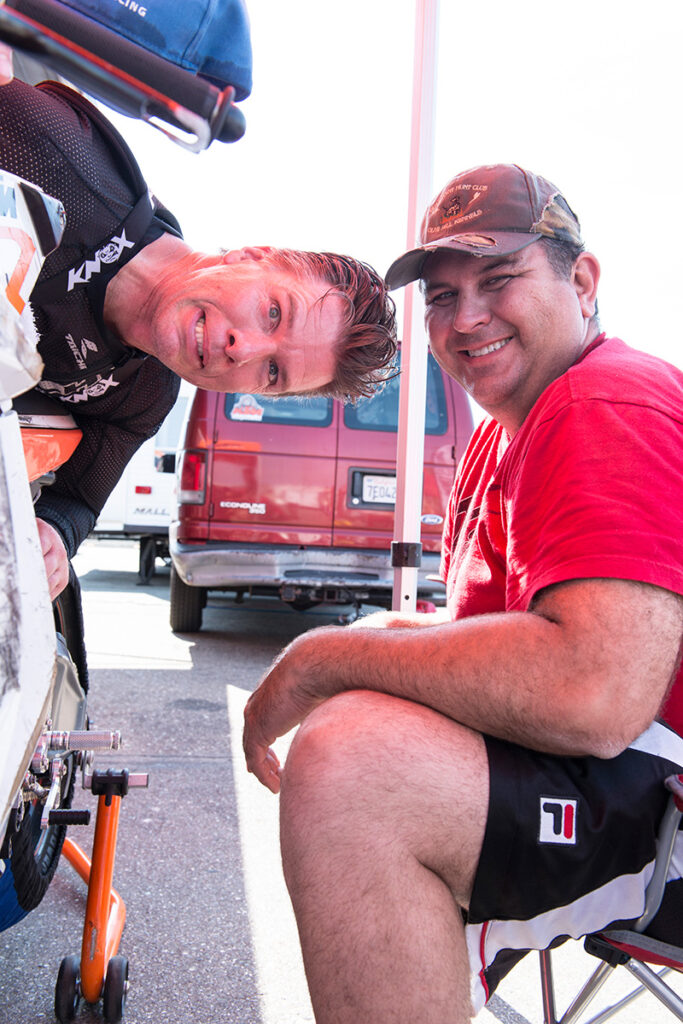 On the grid, next to Tiger boy and Brendan Walsh, I felt completely irresponsible. Their bikes look perfect, they sound incredible, these guys make every practice of every weekend, and Tiger even runs Friday practices. There I sat on a bike I wasn’t sure of, I had no idea what to expect for the race. Would we be last? Would we struggle at first but then find a way through? I think we did 1:54s in our one practice less than an hour before – what would it feel like going three seconds faster?   Could we even go three seconds faster? Right about here in my thought process I watched the #1-board turn sideways. Ready or not we were about to launch 400lbs of wound up KTM anger into complete, mystery.

Brendan got the initial jump on the field, Tiger boy dropped back out of sight. I pushed our RC8R up under Brendan before the apex of turn one and powered up out of there in the lead. I wasn’t shocked yet, one turn does not make a race, but this was a good start. I rode surprisingly well, Gerry truly is a genius, but “surprisingly well” is a relative term. Truth be told my mind was on a Saturday morning pace while my heart was fully committed to Sunday. While these differences got me around the track, I was not on my marks. My shift points were coming later than usual as I drove out of turns. That means you’re off pace. Coming out of turn six, heading towards the ultra fast turns 7 and 8, I was clicking only one up-shift rather than the two that I typically do. I knew I was slow but that’s all I had in me for now. Tiger shot past on the front straight, like he typically does. I expected it, I knew he was close, but I had a plan.

One of not only my favorite races to have witnessed, but most of ours, is Laguna Seca Moto GP, when Rossi beat the ever faster, more powerful Stoner, on his much slower Yamaha. How he did it is no mystery – every time Stoner passed him he immediately struck back, so Stoner never got away. I kept this strategy in mind as I followed Tiger boy through the most technical turns of Thunderhill. I knew if he gapped us we were done. I passed him around the outside of turn 3, I passed him on the entrance to turn 6, I passed him heading into the hard braking right hand turn 14. Our problem was I couldn’t get us away from him. Every time I made a pass I couldn’t build a gap enough to pad the difference he always makes back up on the straights. Without a gap, coming onto the front straight with his Ducati on your heels is a recipe for heartbreak ten feet from the finish line. He has beaten us this way a number of times in the past, so I knew today would have to be different in order to pull off the win. Heading into the switch back turns of eleven I saw a backmarker up ahead. I knew we would meet up with this guy as we went into the last turn – which would be one of two things, great or disastrous. As we charged up that back straight under the bridge toward turn 14, I could not tell which side to out-brake this lapper on. He was mid track, so I could go outside and keep a fast line entering turn 14, which would give us a great drive onto the front straight, which might be enough to stay in front of Tiger boy. Or I could out-brake him on his inside, which is safer, but we would have a crap drive coming onto the front straight. I really wanted to out-brake him on his outside, but as I pondered I also hesitated, then the backmarker slowly faded into my line. I guess he wanted to enter 14 from the outside as well. Right then Tiger boy pounced, he drove up the inside of both of us for the lead heading into 14. Shit. I was blocked still by the backmarker as the three of us headed through 14. Soon as I could I drove up the inside of the backmarker, just after the apex, and charged forward to the rear tire of Tiger’s Ducati. We came out onto the front straight nose to tail, with us just behind, but I was off my line with all the craziness going through 14 so we were done. Our KTM can’t draft past Tiger’s Ducati anyway, but you should always stay close just in case something happens. Nothing ever did though. We finished a close second.

With our crash in round 2 at Sears, and Tiger boy’s engine failure in round 3, this second place in round 4 puts us second in the points-race for the Open Twins championship, behind Brendan Walsh. We can’t make any mistakes, Tiger is close and we have a ways to go to get back up there to Brendan. Got to be perfect from here on out. Nothing like pressure filled weekends, I think it’s time for a warm water east coast swim! 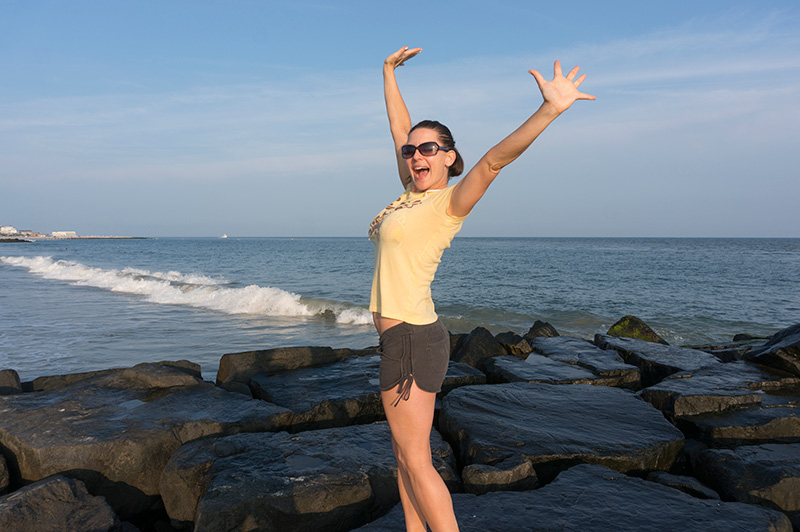 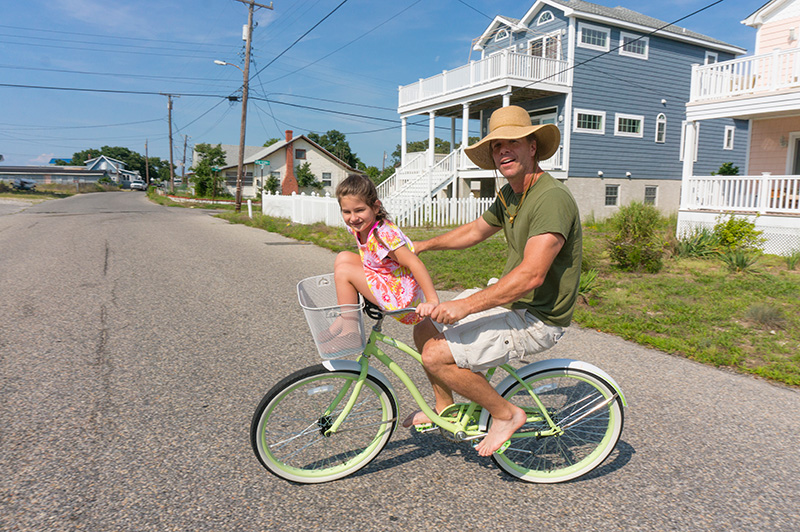