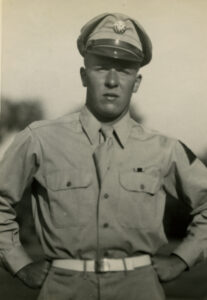 My brother called me early morning from the east coast. He never does that. I feared somebody died again. But they hadn’t. Instead he called to wake someone – me apparently – but not from sleep.

I do my clearest thinking in the mornings just before I rise. Those are the moments I can solve things that other times of day I struggle to. So when Juice called me in that moment my mind ran with every word he spoke. But he spoke about the strangest thing – a buddy he hadn’t seen in months who suddenly was unrecognizable. Gone was that aging thick Oak Tree of a man, and in his place now stood a lean stranger. Cautiously my brother asked if he was ok. With bright eyes and energy Charlie responded “Are you kidding me, I’ve never felt better. I lost 60lbs, all from ditching sugar…”

I never got into drugs or drinking, and for most of my life I’ve taken decent care of my body. So you might assume I have no vice. But you’d be wrong. We all have vices. Sugar is mine. I know it’s not good for me. I always have. But somehow I convince myself regularly that tonight things can be different. Tonight it doesn’t matter, because tomorrow I will… (insert fantasy here: my regular vision is me doing sets of fifty situps on an incline bench while throwing a 10lb medicine ball against the wall). Needless to say tomorrow comes and goes without one set, without one medicine ball, without one situp. And there I find myself again, the next night – regardless of the fact that somewhere inside myself I know better – convincing myself it doesn’t matter because tomorrow I will…

There are two major downsides to living with the stronghold my vice has over me. One is my poor body. The other, which I find even worse, is living in the reality that this terrible thing that happened to me last night, I purposefully did. So that thing I need to fight, that thing I want so desperately to destroy, it’s not a cookie. It’s not a bowl of ice cream or a glass of sweet ice tea. It’s me.

He has no idea, my brother Juice. He thinks he called me on a whim. But it’s pretty clear to me that call came with, and for a reason. And today I am a better man for it. I have not yet made it to my day 66, which some say is a milestone to forming new behaviors in your life. But I am well on my way. And while I still have yet to throw medicine balls against the wall, I have started exercising. I am cycling, I am lifting, I am eating smarter again. And I do feel different, on the inside and the out.